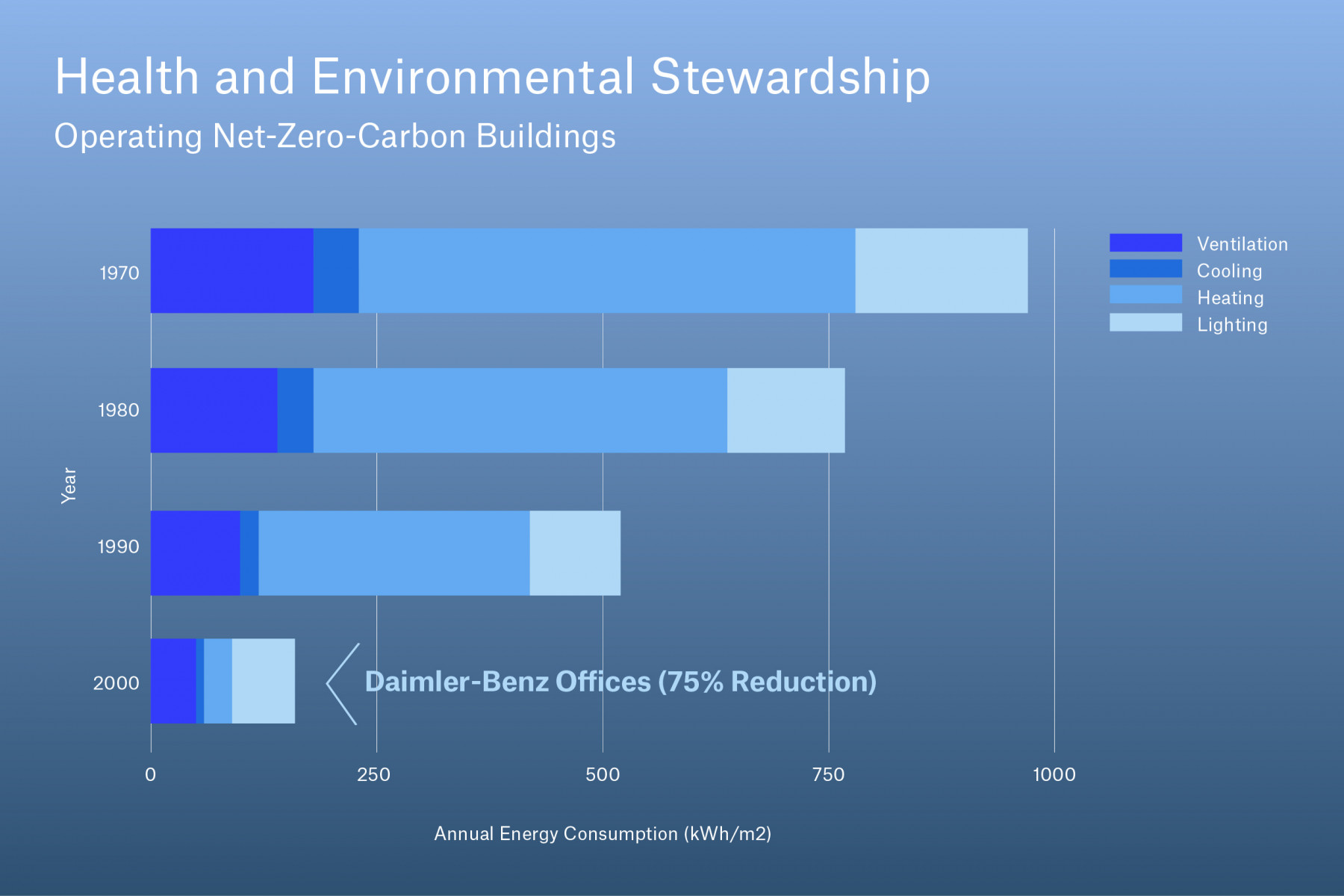 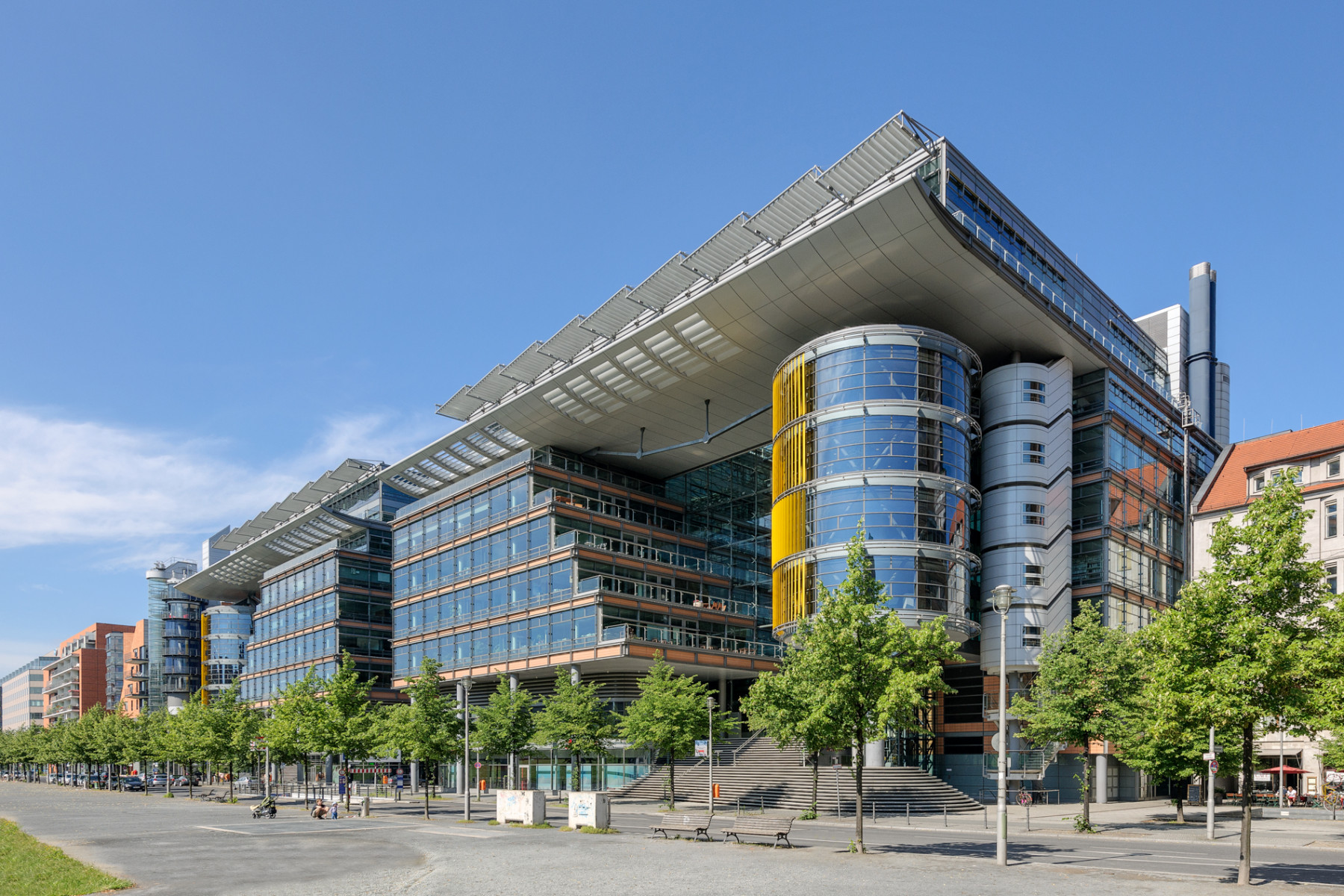 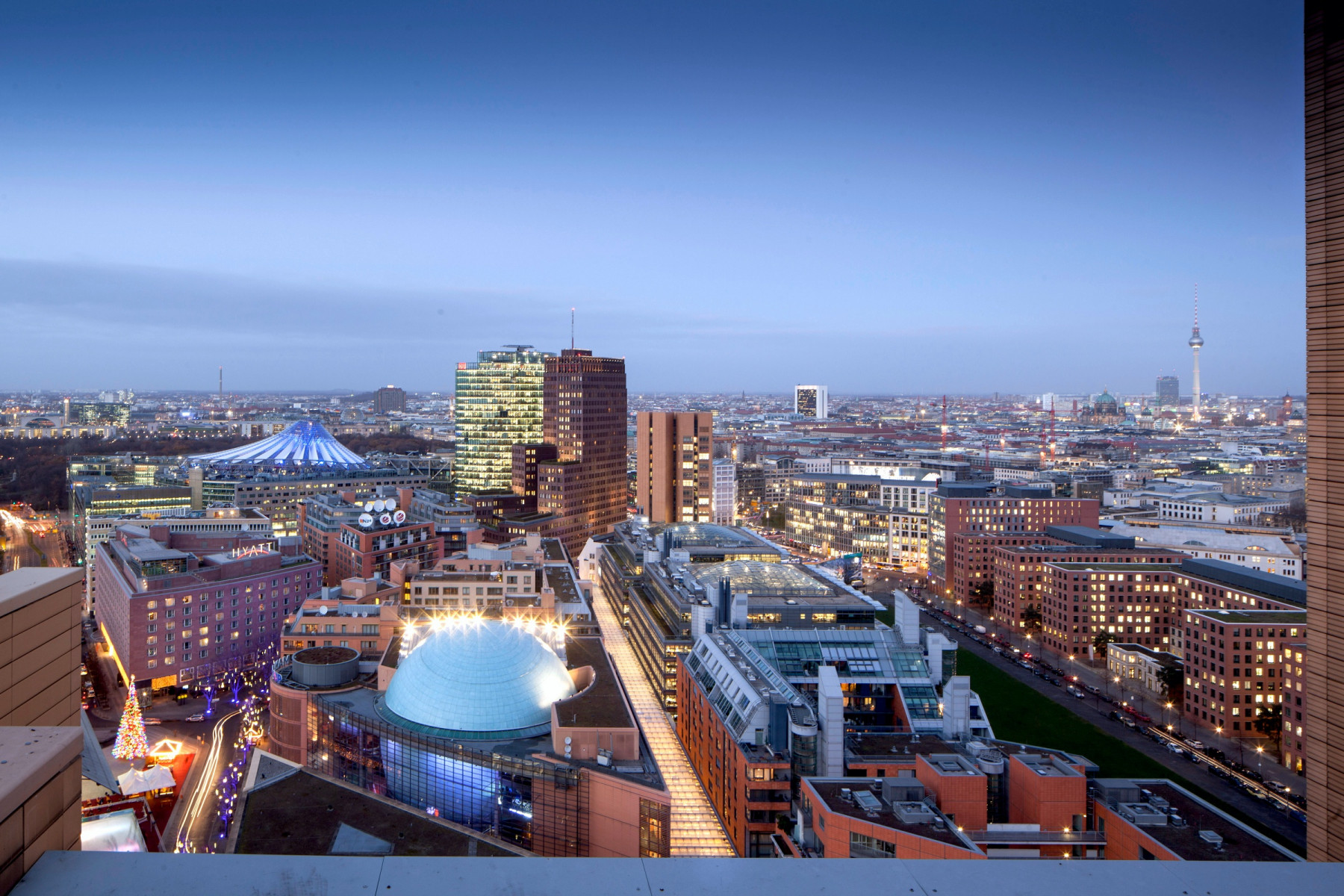 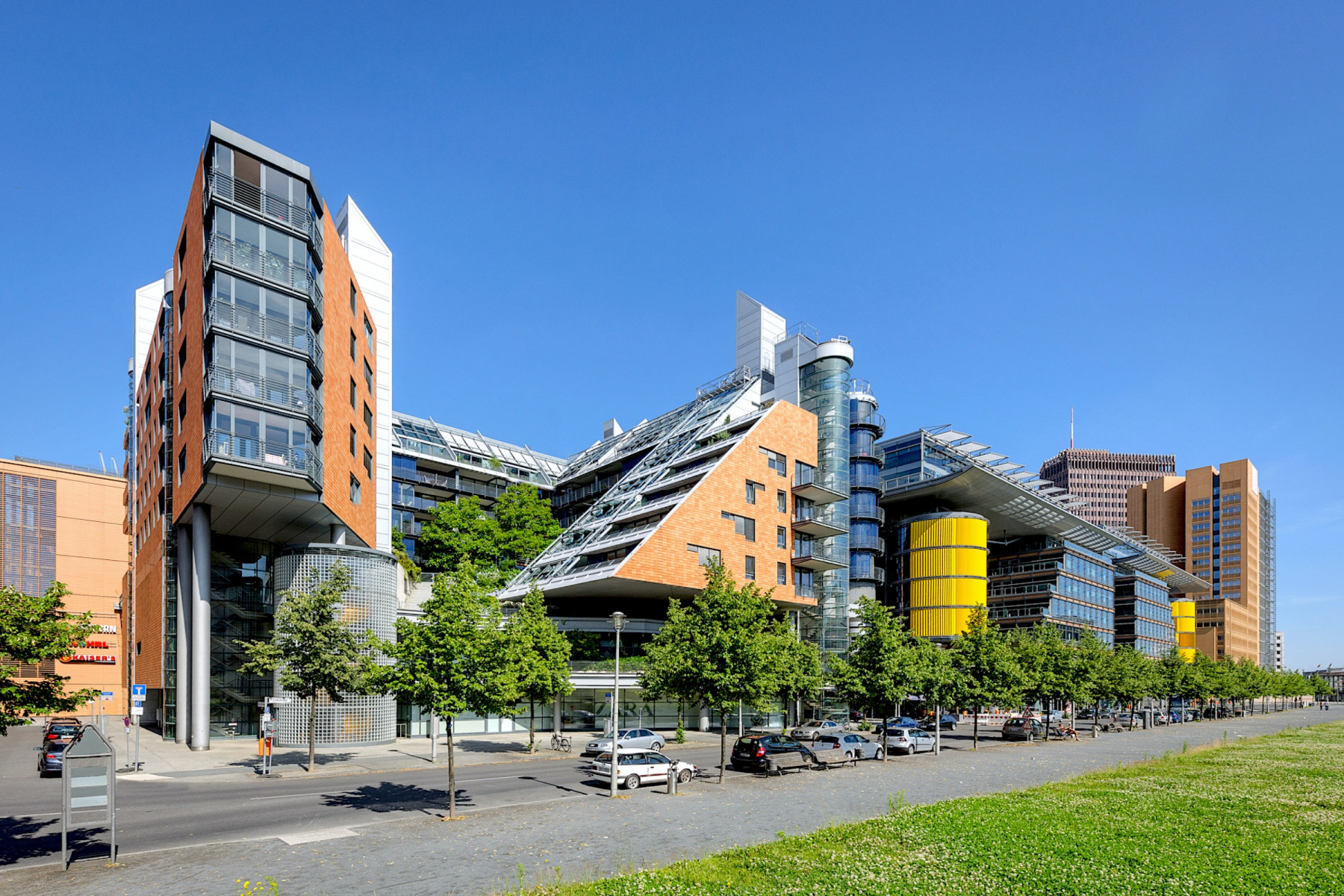 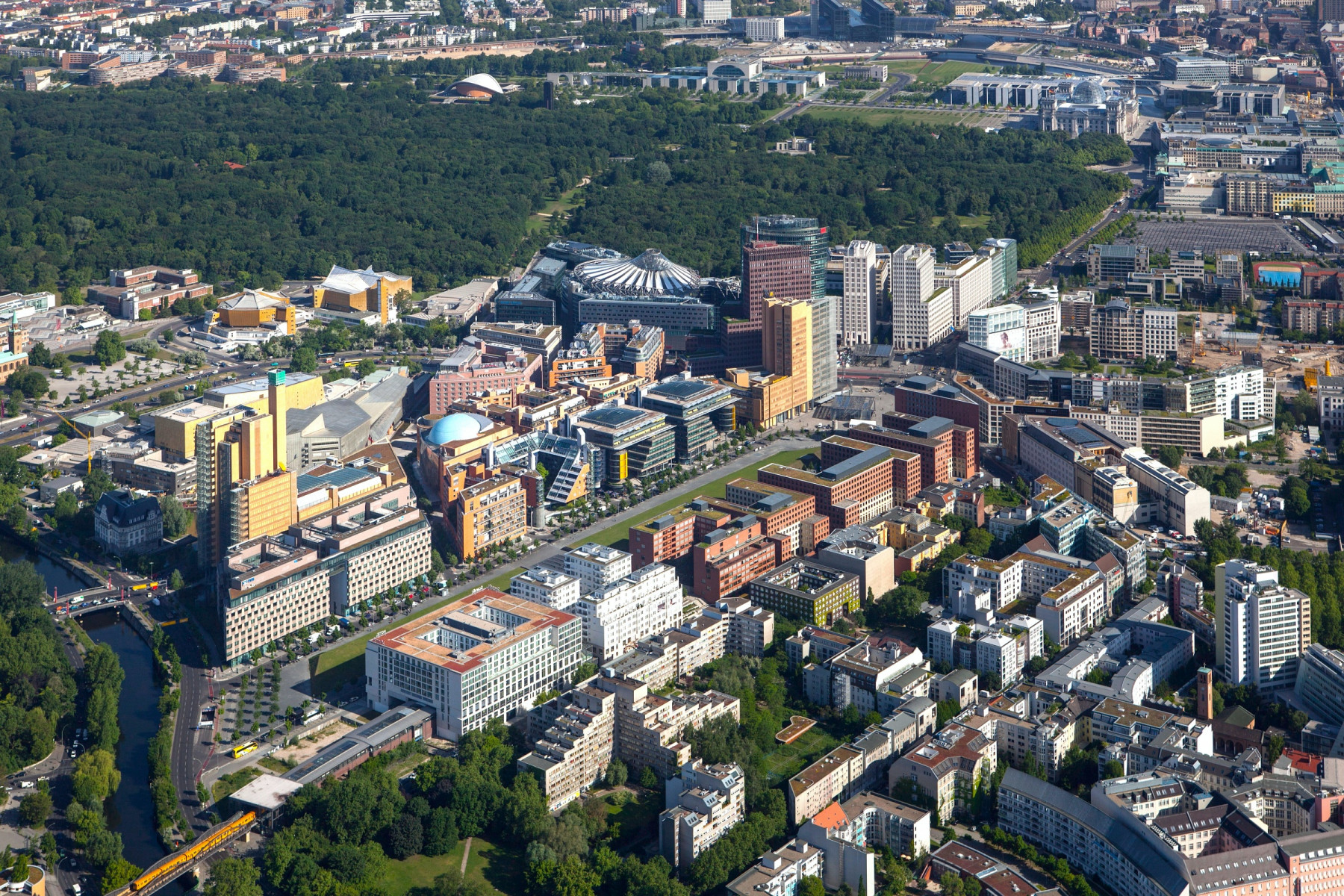 After the end of the Second World War, the wall dividing East and West Berlin became emblematic of a shattered nation. It bisected Potsdamer Platz, where bomb-damaged buildings were demolished and transit stations closed, leaving a concrete wasteland in what had been the bustling heart of the prewar city. With extraordinary foresight, Edzard Reuter, CEO of Daimler-Benz, purchased a swath of this dormant land. When the Cold War ended and the Berlin Wall fell, Reuter recognized the opportunity as well as the responsibility of developing this property while Germany—and the world—looked on. Envisioning an urban environment that would house Daimler-Benz operations and a range of office, residential, and retail spaces, Daimler-Benz, with Sony Europe, Hertie, and ABB, engaged Richard Rogers Partnership to develop a groundbreaking 12-million-square-foot master plan. Wolfgang Wagener soon joined the design team as architect in responsible control.

Reuter understood that the mix of activities animating the world’s historic city centers could be designed into new developments. “It will not be long,” he predicted, “before the new architecture and vitality triggered by the vibrant mixed use development gives the Potsdamer Platz a new energy, reconnecting areas of the city long separated by the Berlin Wall.” Richard Rogers’s vision for a new “people’s place” elaborated Reuter’s goals for the 150-acre site; following a competition required by the municipality, the urban design for the Daimler-Benz property was created by Renzo Piano. The buildings were delivered with a stellar team of architects, including Richard Rogers, Arata Isozaki, Rafael Moneo, and Hans Kollhoff. With Wolfgang facilitating collaboration between Rogers’s design team in London and the client, municipal authorities, and others in Berlin, a vast effort began to revive the damaged city.

At a moment of extraordinary energy and optimism, the development of Potsdamer Platz helped Berlin reclaim its place among the world’s leading cities. Wolfgang worked closely with the client team to refine Edzard Reuter’s vision and translate it into architecture, linking the talents of Richard Rogers Partnership with a deep understanding of local context. The renewed district, with restored transportation links, human-scale design, and high-performance buildings, today represents the proof of concept for vibrant and health-centered cities. Its urban ecosystem captures rainwater for building systems integrated with stunning outdoor waterscapes. Living roofs, parks, and green connectors foster biodiversity, while green infrastructure increases resource efficiency, reduces emissions, and sustains human well-being. In 2011, Potsdamer Platz became one of the first city-scale developments to receive the German Sustainable Building Council Award. After two decades, it continues to exemplify excellence in environmental stewardship.